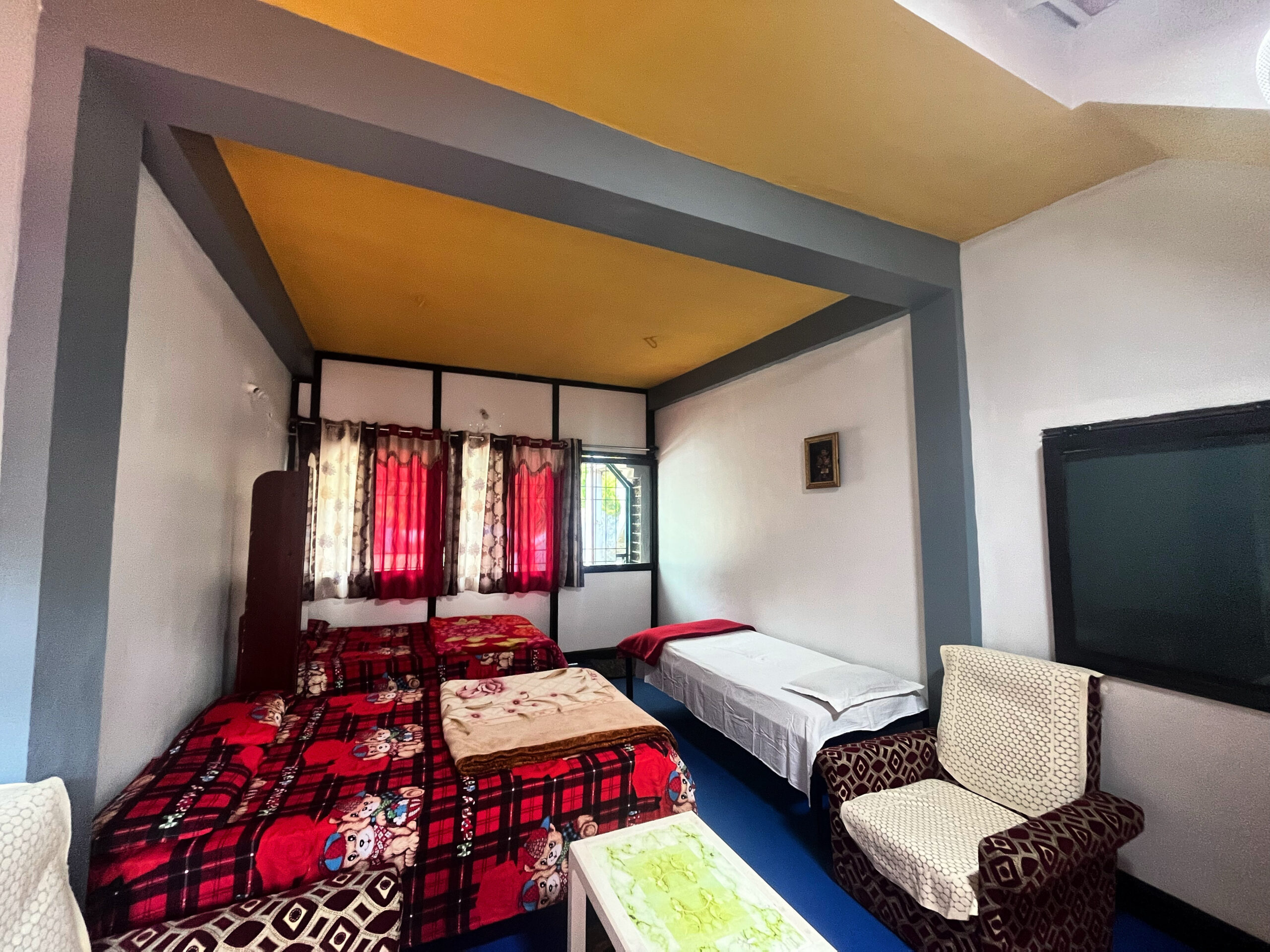 Furthermore, The homestay is at the foothills of Kavikal mountain. In short, The homestay is Best suited for NATURE LOVERS! Due to its, Lush green surroundings, which has many places to visit around. By the same token, we provide home-cooked food and try most to please the taste buds of our Guests.

To Summarise! Suraksha is one of the best homestays in Chikmagalur. Along! with an Exotic fruit plantation around. Above all! Homestay is away from the sound pollution of the city due to high altitude plantation trails. Isolated to Natures sounds Such as cold nights breeze, Birds chirping, and activities

Why Choose Suraksha Homestay In chikmagalur ?

1) Suraksha homestay in Chikmagalur is a weekend gateway for Nature lovers across India.

2) Approved and Certified By the Department of Tourism.

3) Packages From 900rs-3000rs based on your activities needs, budget, and travel schedule you can customize.

7) Homestay in Chikmagalur amid the coffee plantation with CCTV cameras in the homestay.

9) One of the best Homestays in Chikmagalur in the private coffee plantation bungalow on the hills.

10) Budget Homestay in the Hilly Terrain.

12) Complimentary Bonfire(Fire Camp) at night amid the coffee plantation in the property.

15) Any Pet-Friendly, We do have 4 friendly dogs and a cat staying with us on the property.

16) Vegan and Non-Vegetarian Barbecue along with the music.

Town of the younger daughter ( Behind the name Chikmagalur)

The Coffee Land of Karnataka started with seven seeds.

Chikmagalur is popularly known as the Coffee Land of Karnataka. Moreover, located in the malenadu region in the foothills of western ghats/ Sahyadri mountain ranges. Chikmagalur became the first recorded place in Indian history undoubtedly, to cultivate coffee when beans, introduced to the hillside late in the seventeenth century by Baba Budan. He was the Sufi saint, revered by both Muslims and Hindus in one of the famous places of Chikmagalur Baba Budan Giri. In addition, the shrine is at Baba Budangiri, Chikkamagalur, Karnataka, India. He brought seven raw beans from the port of Mocha, Yemen. During his journey from Hajj. Hence , It got its name from seven seeds: The Coffee land of Karnataka. That led to a coffee estate homestay in Chikmagalur for a traveler’s weekend/homestay in Chikmagalur in the middle of a coffee plantation. Besides, Chikmagalur is also famous for its serene environment, coffee plantations, lush green forests, and tall mountain ranges, home to the many best hilltop homestays in Chikmagalur.

Above all, Chikmagalur is the home of Karnataka’s highest mountain peak Mullayanagiri. The Mulliyangiri peak in Chikmagalur that stands at the elevation 1930mtrs is the tallest peak of Karnataka. The Hillstation is part of western ghats which is also known as Sahyadri mountain ranges.

Indeed, the hill town of Chikmagalur is one of the best places in Karnataka for those who wish to enjoy nature at its very best. Chikmagalur has everything for travelers with different interests of places like Picturesque Hill Station, forts, temples, waterfalls, lakes, mountain ranges, nature homestay in Chikmagalur to breathtaking viewpoints of homestays amidst the coffee plantation. undoubtedly the Nature lovers paradise.

Undoubtedly, The most famous hills of Chikmagalur are Mullayanagiri, Baba Budangiri, Kudremukh, Kavikal Gandi Viewpoint, Devaramane, Kavikal matta, and there are many less explored hills in Chikmagalur.

Unlike many of the world’s great rainforests, the rainforests of Western Ghats have long been a region of agriculture in the Chikmagalur Malendu region.

We call it best homestay in chikmagalur because the nature is untouched and we strictly follow the concept of homestay that is : home converted into a guest stay

We call our homestay a budget homestay because we have packages from 900rs to 3000rs . The travellers can choose based on budget and schedule.

Suraksha Homestay is not in the chikmagalur city, but 23kms away from the city making it away from sound pollution ,and isolated to nature.

Our homestay is on a  hilly terrain and surrounded by exotic fruit plantation, coffee plantation and areca nut plantation on all sides.